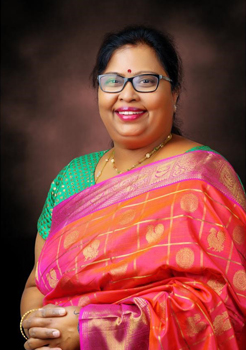 Dr Shantha Kumari Sekaran is a senior gynaecologist and laproscopic surgeon. She studied her MBBS in Gandhi Medical college, Hyderabad.

She did Obstetrics and Gynaecology as a specialization in Post-graduation. She completed her MD in OBGYN at the Kasturba Medical College, Manipal.

She maintained a fine balance throughout her career between pure academics, patient care and social service. She taught medical students at the Deccan Medical College in Hyderabad where she became a Professor in OBGYN and remains extremely popular with her students. She also was a senior consultant at Care, a corporate hospital in Hyderabad and presently is at Yashoda Hospitals where she specializes in performing challenging Laparoscopic surgeries apart from routine OBGYN practice.

She was bestowed with the Fellowship of the Royal College of physicians of Ireland (FRCPI) in June, 2017 and also awarded the very prestigious Fellowship of the Royal college of Obstetricians and Gynaecologists (RCOG) of London-Fellow Honoris Causa in recognition of the services she rendered to the cause of women worldwide in March 2018 at the RCOG Congress.